Image 035 is of a very cheeky chappy called ‘Reg’ who is an orphaned Orangutan in the Shangri La’s rehabilitation centre. His mother was killed as a result of the destruction of rainforest to make way for the huge areas of sugar cane plantations. Sugar cane, which has no biodiversity value at all for the wildlife, directly effects the environment in many ways. Endemic species such as Orangutan, Proboscis monkey, Pygmy Elephant are threatened to extinction because of it. Hopefully, Reg will be able to be rehomed very soon in a rainforest that is safe from destruction (which unforunately isn’t a lot anymore!) 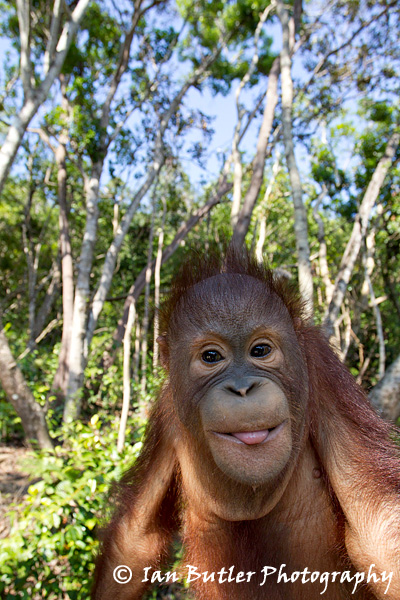